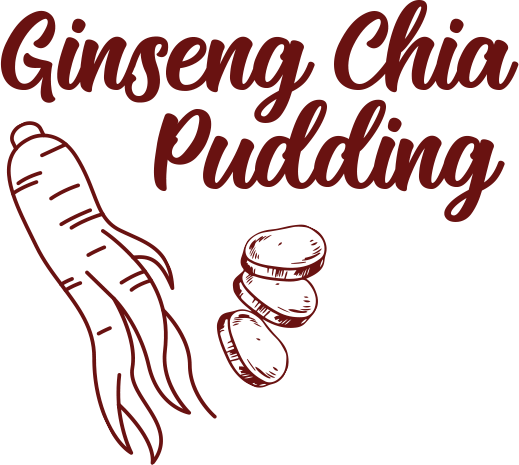 This ginseng chia pudding is the perfect breakfast that you prepare the night before. Plus, it is very nutritious and will keep you energized all morning!

In a small saucepan, heat almond milk until simmering.  Turn the heat off and add the ginseng tea bags into the almond milk.  Cover with a lid and steep for 10 minutes.

Place chia seeds in a bowl with a lid covering.  Add steeped almond milk and mix.  Cover and transfer to the fridge over night.

The next day; mix in yogurt, ground ginseng, cinnamon and salt (add maple syrup as desired).

Heat maple syrup over medium-high heat in a skillet until bubbling, then add in the pear.  Toss until warm and coated, remove from heat.  Mix in the pomegranate seeds.

To serve, divide half of the chia pudding between four glasses / bowls.  Add a layer of the sauteed pears (save half), pomegranate and pistachios.  Top off with remainder of pudding and a final layer of sauteed pears.